The Ramplin Family own The Northern Star Hotel Hamilton and we are proudly a family run hotel. We have grown from a small one bar hotel, to a larger establishment with three bars, the latest gaming machines, great entertainment and restaurant.

The Hamilton Hotel was originally purchased by Des in 1986 as a lease hold hotel. In 1990 the freehold of the hotel was put up for sale, which Des purchased from Tooths Pty Ltd . This meant that Des owned both the lease and the freehold of The Northern Star Hotel . The hotel has since changed with a number of renovations occurring.

The Northern Star Hamilton Hotel was not built until relatively late in the history of Hamilton (1877), however it is one of the oldest surviving hotels in the area. In the 1850’s Hamilton was known as “Borehole” after the “Borehole Pit” which was the local mine. All the residents of the area would have been employed in some manner by this mine, and a young man by the name of Thomas Tudor opened the first ever Inn in 1854, which was called “The Lame Dog”.

Thomas Tudor had a reputation as a runner and athlete. Foot racing was the principle sport of the time and professional running was booming all over the Colony of New South Wales. T. Tudor is recorded as winning one of the first ever race’s over a distance of 400 yards, and has had Tudor Street named after him, although whether this had anything to do with his running is pure speculation.

In 1877, while Beaumont St (named after one of the Borehole Mine Managers) was merely a sandy track. Richard Nicols opened a new hotel on the corner of Beaumont and James Streets, which he named the “Northern Star”. It was a brick two storey building with eight bedrooms, large balcony, bar, cellar and detached brick kitchen. There was also three stall stables and a four roomed weatherboard cottage. In later years this became Hamilton’s leading hotel.

The Earth Quake of 28 December 1989 was an unexpected and traumatic experience for all those living in Newcastle. Hardest hit by the damage was Hamilton and the Newcastle CBD.

In 1996 the hotel started to be known as an Irish Pub with a large number of the local Irish community drinking Guinness at the venue. Soon after the hotel earned the reputation as an Irish Pub by Guinness recognising the venue being in the top 150 Irish hotels in Australia for Guinness. With this recognition and the venue having some of the best and most long running St Patrick’s Day’s in Newcastle the Irish flavour of the pub was enhanced by a renovation in 2003 into a traditional Irish Hotel.

In 2000 the hotel was used by the Irish Olympic team for meals and soft drinks in their preparation for the Sydney 2000 Olympics. The signed team shirts by the team are proudly displayed in our restaurant area.

In 2006 Des passed away and the Hamilton hotel is now run by his daughter Michelle Ramplin (Licensee) and his son John Ramplin.

We’ve been busy during Covid preparing new bars, an expanded beer garden and outdoor entertainment and event area, new menu inclusions plus your old favourites, refreshed and updated accommodation and our al-fresco, flower lined street dining facilities. Drop by and visit, you won’t be disappointed. 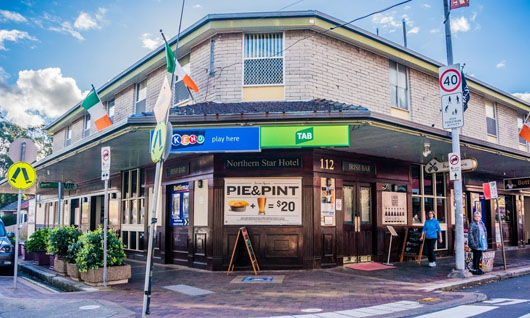 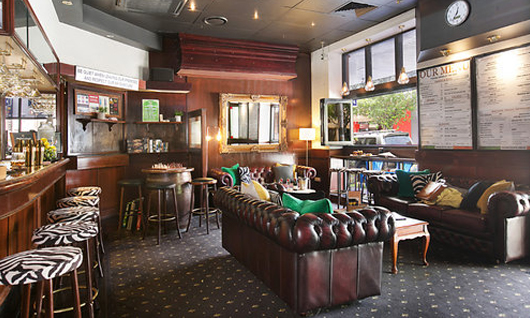 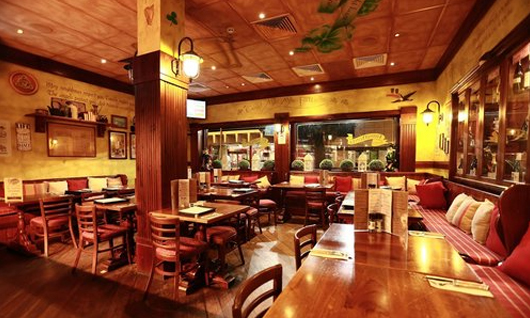